Hazelby House is near the village of East Woodhay. It is in Berkshire but is very close to the boundary with Hampshire.


The house was built between 1900 and 1910 from a design by Sir Reginald Theodore Blomfield for Captain Sandbach. Some 40 years ago the house was bought by Martin and Prue Lane-Fox and they spent the next 20 years creating the 10 acre garden that is the highlight of the 350 acre estate.


The garden is divided into sections, featuring ornamental ponds, terraces, a lily pond and other areas that are themed. The house and grounds are not normally open to the public, but events are staged there from time to time in cooperation with the Hampshire Garden Trust. 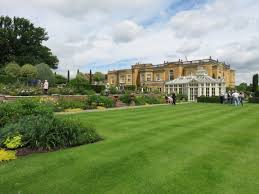 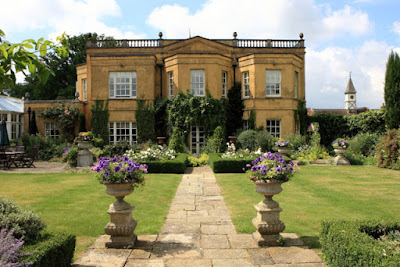 Caversham Court is another of those places that fell foul of the Dissolution of the Monasteries.


St Peter's Church was built during the 12th Century. A rectory was built alongside it, and following King Henry VIII's intervention it was gifted to Christ Church, Oxford. The rectory housed many influential local families over the next 400 years, and eventually became known at Cavendish Court.


The building had a chequered life. It came under attack during the Civil War. Later it was rebuilt in the Tudor style. Parts of the staircase and ceiling that sported bullet holes from the attack are preserved and can be viewed at the Museum of Reading.


The gardens were originally created over a 20 year period, commencing in 1660. In 1993, ownership of the house and gardens passed to Reading Corporation. The house was demolished but the gardens and other important buildings were opened to the public in 1934. When Reading Borough Council took over, they closed everything to visitors until the garden was reopened in 2009. 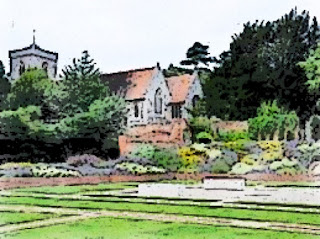 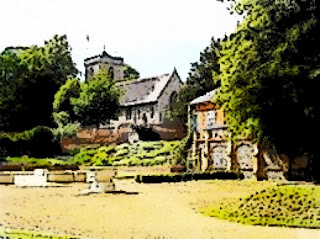 We rarely detour anywhere to take in ruins, but sometimes the history of a place makes the journey worthwhile.


The Historic Houses Association tells us that Houghton House was built in the early 17th century by Mary Herbert, Countess of Pembroke. It was intended as a hunting lodge. The design was neither one thing nor the other as it included both Jacobean and Classical features.


It lasted as a dwelling for close to 200 years, and is believed to be the inspiration for the ‘Palace Beautiful’ in the John Bunyan’s The Pilgrim's Progress.


It was dismantled in 1797, but rather than simply razing it to the ground, is was decided to keep the shell as attractive ruins and these were featured as part of the Ampthill Park.