Chipping Campden is a quintessential Cotswold town. Located towards the northern edge of the region it nevertheless has all the beautiful Cotswold stone buildings. It boasts a wide main street lined with shops, hotels and eating places. We had passed through on numerous occasions, and even met for a family occasion some 10 years ago, but this was the first time we spent enough time there to explore.

The impressive church of St James turned out to be well worth a visit. It attracted quite a crowd on the day we were there, and the church's guide book states:

"There was a Norman church on this site before AD 1180, though it was
much smaller than the present one. It consisted of a squat tower, a nave
about the same length as today, but without aisles, and a lower, shorter
chancel with a pitched roof. Around AD 1260 the Norman church began a
slow transformation that was to last nearly 250 years.

The chancel was rebuilt, the North aisle constructed with arches to
balance the Thirteenth century south aisle and the south porch was
added together with the windows and battlements of both aisles.  About
AD 1490 the nave was reconstructed with its magnificent arcading built
on the foundations of the old Norman nave.  The great window over the
chancel arch was added, a rare feature of church architecture, which
provides wonderful light for the nave.

Around AD 1500, the noble West tower was built, adding much grace and
proportion to the whole. At 120 ft. in height it ensures that the Church is a
landmark from whatever direction Campden is approached. 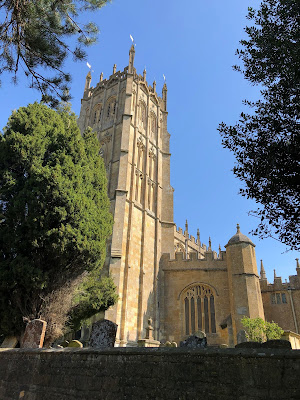 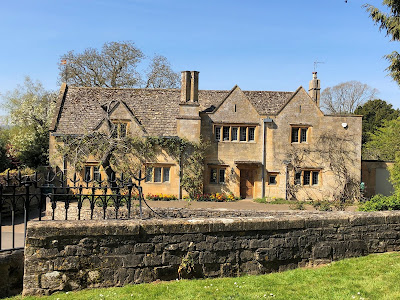